The difference between Amp and Preamp

The difference between Amp and Preamp

An amplifier, a pre-amplifier processor (pre/pro) and a separate tuner are the equivalent of a receiver or AVR.

- A pre-amp cannot amplify, and has no speaker connections.
- An amplifier cannot process source material, and cannot be connected to source devices.
- A pre-amp is useless without an amplifier.

In a receiver setup, both the amplification capability and processing capability are combined in one machine, along with a radio signal source tuner. Every external source device (not the internal tuner) will have at least an audio (and, increasingly, also a video) connection to the receiver. Every speaker will be connected to two +/- binding posts (one pair of posts per channel, sometimes two pairs of posts, for so-called bi-amping).

In a processor setup, the processor will not (usually) have any tuner capabilities. It will receive and process sound and/or video from sources such as CD players, DVD players, radio tuners and satellite or cable decoder boxes etc. The processed signal will then be sent via pre-outs to an amplifier. The amplifier itself will only have channel input connections for each channel, and as many +/- speaker binding posts as there are channels (usually two, five or seven channels for two, five or seven speakers). The signal from the pre/pro will be input via one RCA type connection (usually, but there are specific "balanced" connections also) per channel. The amplified signal will be output via the speaker wire binding posts.

Higher quality receivers also have the capability to act as pre-pros, in which case they will use a pre-out connection to an amplifier, bypassing their own internal amplifier for those channels. If only pre-outs are used for all channels, and no speakers are connected to the receiver at all, then its internal amplification capabilities are left unused.

An amplifier takes the source signal and turns it into a speaker signal. 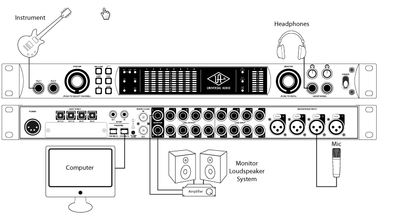 I was going to add to my post, but I guess I can't edit. @HIFiSid can you help?

Here's an illustration that may help. 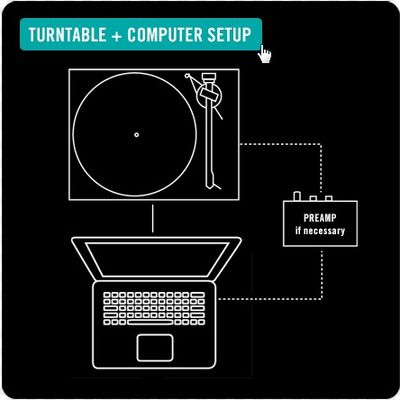